A realtor that works with us pretty regularly called me to inspect a roof on a house he had listed. The house was under contract and the home inspector had been out and found a bunch of "hail damage" and had told the homeowner, via the buying agent, that they needed to file a claim for the damage and get a roof replacement, paid for by the insurance company.

The insurance adjuster came to the property but found no hail damage so denied the claim. The ramification of this for the homeowner was that he then had what's called a "Claim Without Pay" (CWOP), or "Zero-pay" claim on his insurance record.

That's not going to make them very happy about the process, and may even leave them with a negative experience with you and your service.

Not only did the homeowner end up with a CWOP on his insurance record, but because of the home inspector's report and recommendation to file an insurance claim, the buyers wanted a new roof as part of the sale, so the homeowner ended up having to pay for the entire roof to be replaced and pay for it out-of-pocket!

If There Was No Hail Damage, What Was The Deal?

You're probably asking how the home inspector found hail damage but the adjuster didn't. Was it just one of those "evil" insurance companies trying to avoid having to pay a claim?

After this whole situation had occurred, I got called and asked to inspect the roof. I also didn't find any hail damage, but what I did find was a lot of thermal damage: thermal cracking and blisters. Blisters occur when there's too much heat build-up in the layer of asphalt under the shingle granules. Most commonly, this occurs because of insufficient ventilation in the attic, and in fact, all shingle manufacturers require a certain amount of square footage of intake and exhaust ventilation in the attic to avoid the thermal issues that can happen without it. To an untrained eye, however, blisters can look like hail damage.

What happens is the asphalt gets too hot and bubbles up, which loosens the shingle granules. When the shingle cools down and the bubble returns to being a flat surface, or even a concave surface, the loose granules fall out of the area of the bubble, leaving a hole, exposing the asphalt. Even for an experienced roof inspector, some blisters can fool someone into thinking that there's hail damage, but when the adjuster comes out, he'll deny the claim. Thermal problems are not covered by an insurance policy because they're not storm-related. It's an installation problem or it can be considered, wear-and-tear and a maintenance issue. 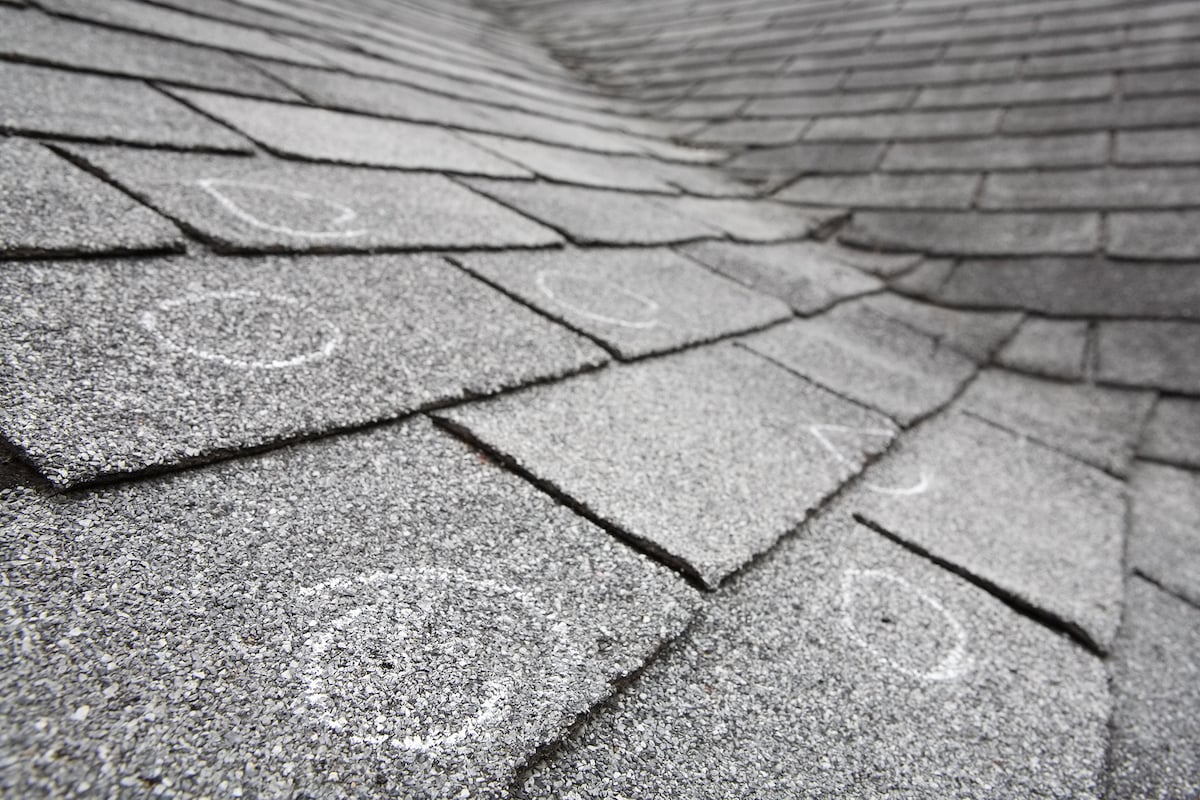 So What's The Most Common Mistake Homeowners Make?

The mistake people make is calling their insurance company to ask them to "inspect" the roof for damage. You should understand that the insurance company does not send out "inspectors" to tell you if your roof has damage or not. The insurance company responds to your request for an inspection by sending out an "adjuster" who is there to "adjust" an estimate for damage that exists on the roof.

Of course he is inspecting the roof, but just to make sure that there really is damage that he can put into the claim. When a homeowner calls the insurance company to ask for someone to come "check the roof" he has actually just filed a claim. That claim is now on his insurance record and will follow him around, regardless of whether or not he changes his insurance company, for the next 3 to 7 years.

Don't Call Your Insurance Company After a Storm

What Should A Homeowner Do?

The best thing to do if a homeowner is told by any home inspector that there's hail damage and he should file an insurance claim, is to first call a very experienced roofing contractor to re-inspect the roof and give his opinion on whether or not a claim should be filed.

Having an experienced roofing contractor evaluate the roof and provide advice on filing a claim should help home sellers avoid filing claims that will be denied by insurance adjusters.

If you have questions about roof repairs or want to speak with a member of our team, contact us today.